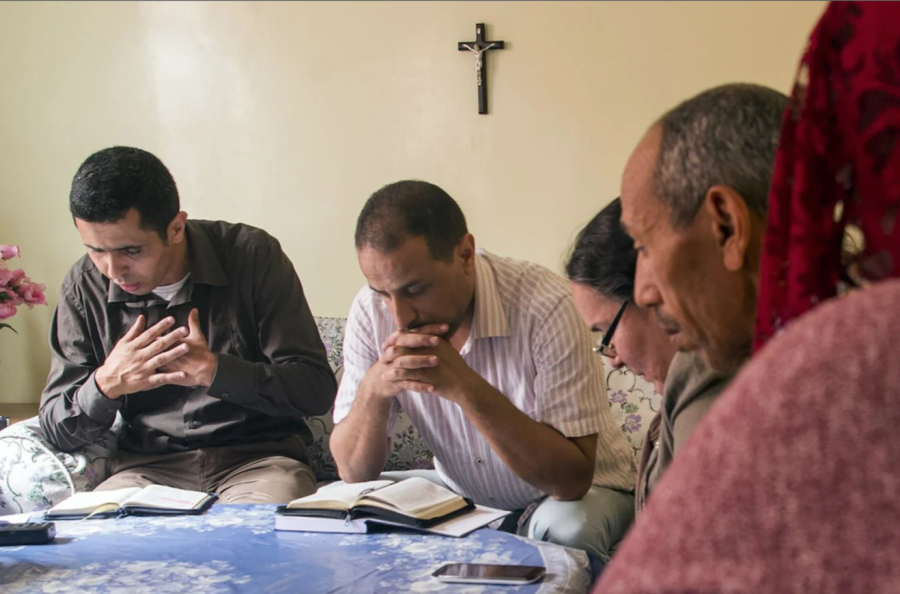 For the approximately 8,000 Christians living in Muslim-majority Morocco, restrictions on religious freedom are not as severe as in many other Muslim cultures, but are still an everyday source of instability, fear, and alienation. In recent interviews summarized below, Moroccan Christians spoke out about how this persecution severely limits not only their right to worship freely and openly, but also their ability to engage in economic activity and contribute to the social flourishing of their communities.

Although Morocco is a signatory to the International Covenant on Civil and Political Rights, which gives adherents the right to practice and manifest their faith, Morocco interprets that through the lens of their penal code’s Article 220, which criminalizes proselytizing. Expatriates are given more latitude in the Kingdom, though a large deportation of foreign nationals was carried out in March of 2010. Sub-Saharan Africans are allowed greater religious liberty within Morocco than are Arab Berber, Sahrawi, or ethnic Moroccans, and can be seen worshipping at their own churches openly on Sunday mornings in any large city. Christian black Africans seem to be largely ignored, as a function of anti-black prejudice.

Additionally, Morocco’s well-liked monarch, King Mohammed VI, claims direct descent from the Prophet Mohammed and as such is defender-in-chief of the Muslim faith. While his reign has been commendably enlightened in many important respects, complaints against the King are illegal. Some Moroccans say that the King has recently faced pressure, from a strident Muslim element in his Parliament, to muzzle minority faiths.

Over the last year and a half, Moroccan Christian adult citizens, 29 in all, were asked open-ended questions about their lives under Moroccan rule. Legal prohibitions—combined with Moroccan Christians’ experience of social ostracism, workplace discrimination, and government suspicion and punishment—made these interviews difficult to conduct and somewhat dangerous for the participants.. The respondents included schoolteachers, a university professor, an engineer, a physician, homemakers, small business owners, shopkeepers, and laborers.

What would your church or ministry be like if restrictions on their faith were not in place?

Some unique answers included “I would sing loudly” [1] and “Maybe some of us will involve in politics”; one would start a school, adding, “We would put a cross up in that school.” Nine said they would have a building for their church [2]; 16 said the church would grow or grow “very fast”; nine said they would open a school; six said the church would start a business to help support itself; ten said they would do “social work;” and a total of eight others specified such desired projects as opening an adult training center, to offer things like parenting classes, literacy classes, counseling, and job training. Eight responses assured us that they would in essence be able to have “a great impact on society” or words to that effect, if given more freedom. One said, “I could go back to my village and teach about health.” A place to have large gatherings, somewhere to go and “pray any time,” and a place to “be able to welcome Muslim friends” interested six.

Does persecution affect your future plans?

As Francis Fukuyama has observed, trust is necessary for certain kinds of economic development and for large, ambitious projects. Many Moroccan Christians live in distrust and instability. Of the 29 respondents, 16 said it was hard to make long-term plans, with four others making similar statements such as that persecution kept them from having “a clear vision” of the future. Six indicated that they move often to avoid detection or the consequences of practicing their faith, and 12 said they were essentially watching for opportunities to leave the country. Two volunteered that they have no savings or insurance. One said, “We are very few, and fear to enter in business relations with other people.” For a cohesive and sociable society like Morocco, these are the poignant statements of outsiders. As Anthony Gill and Timothy Shah have noted, religious freedom attracts (and retains) human capital and other resources, including merchants. This survey portends a potential drain on Morocco’s resources if religious freedom is not enhanced.

Having children is one of the primary reasons people plan for the future and work for better economic conditions. Moroccan Christians see a dark future for their little ones, and face daily dilemmas about how to rear them. As one parent says…