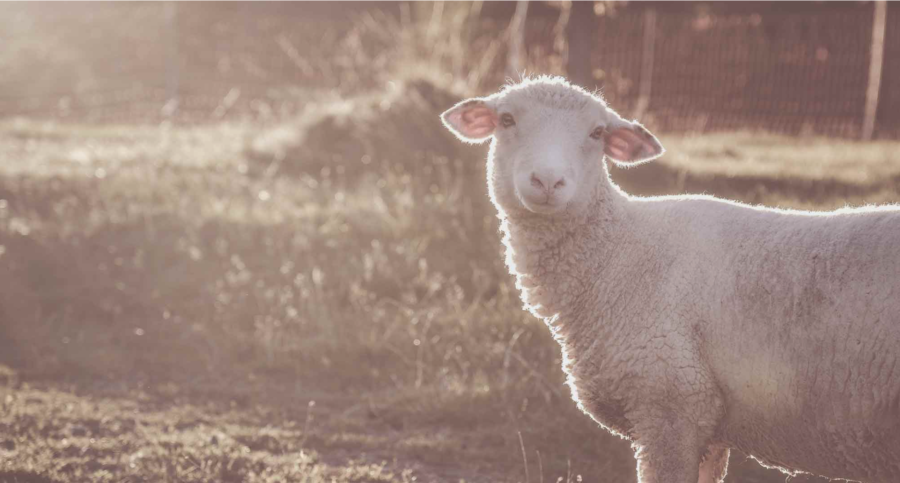 I’m thinking tonight of the shepherds in the fields, keeping watch over their flocks…When the angels burst forth from the skies (/heavens) singing of glory, the shepherds were “sore afraid,” and if the sheep weren’t already lying down, I imagine they just keeled over.

Sheep, and flocks of them, are mentioned about 250 times in the Bible—often, humbling though it is, as a metaphor for people. They can be charming beasts, though not impressive ones. They are sociable, easily frightened, and can remember numerous faces for years. They can even learn to respond to their names, if they have them. Thus, they are like me—except for the part about being able to remember faces.

Fortunately for sheep, their value to humanity is partly their wool, which motivates humans to keep them alive as long as the sheep can be sheared. Also, in many regions, ewes are milked for cheese and yogurt. But eventually it is time to take their skins and meat. Sheep, like corn and salmon and turkeys, nourish us by dying. This is where being compared to sheep becomes extremely uncomfortable.

Cultures portrayed in the Bible used sheep meat—mutton—for food and for sacrifice. So I am prompted to wonder if God has compared us to sheep not mainly because of our herd behavior, mediocre reasoning abilities, or response to voice, but because He intends that our lives be spent for Him.

In Sunday school this week I learned that in medieval times, it took about 1500 sheep to make one copy of the Bible. The parchment, or sheepskin, was prized for use in the making of documents, correspondence, and books, long before paper was used in the Middle East and early Europe. We still call a diploma a sheepskin. Real parchment takes ink beautifully and permanently—almost as if it were made for it…