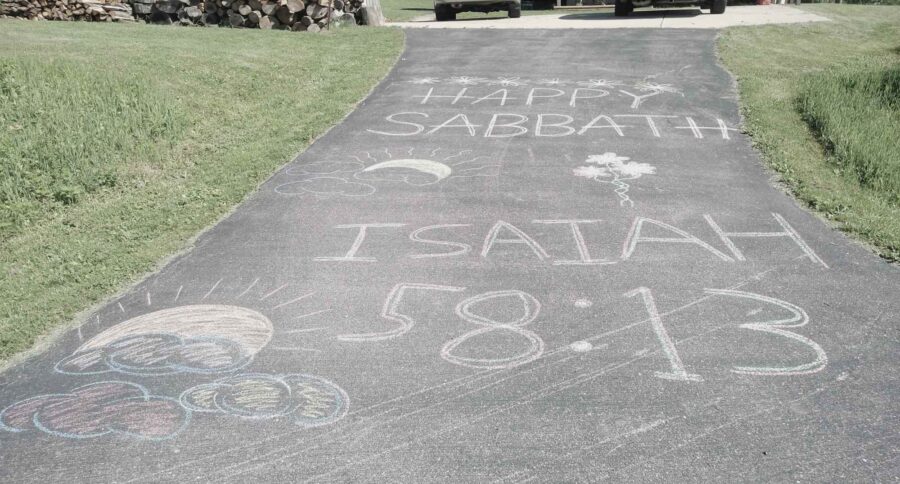 I once started a list with just the title, “What I accomplish on the Sabbath” —and those words lay on a big blank page.

Actually, that captures most of my point.  At least in the world’s eyes, Sabbaths don’t accomplish very much, and I think that’s fine.

How did I get comfortable with such scandalous unproductiveness?

In college I was dating a Christian who decided to “keep the Sabbath.”  What that meant to him was, no studying on Sunday.  I had a choice of either mirroring that schedule or being out of sync with him.  So I quit “working” on Sunday.  Eventually I fell out of love with the guy, but I fell in love with the Sabbath.

What won me over was this passage from Isaiah 58:

I was intrigued by the reward offered for keeping the Sabbath: that I would take delight in God.  I was tantalized at the idea of increasing my enjoyment of Him, and amazed that it could happen as a result of doing something—or rather, not doing things.  After all, the passage indicates as much “negative” obedience as positive action.