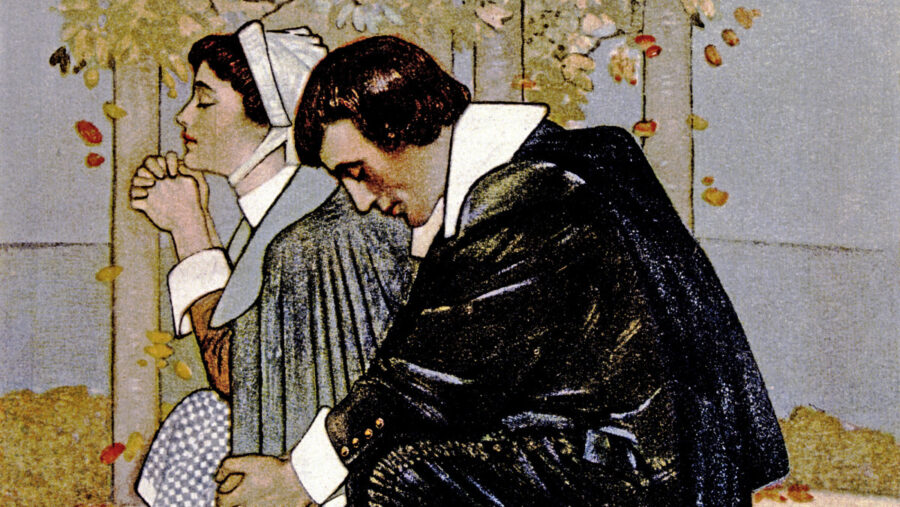 From Confession to Constitution: How the Presbyterians Shaped the First Amendment, Puritan Reformed Journal, July 2010, Vol. 2, No. 2, pp. 319ff.

The history of the Presbyterian church in America and that of the founding of the United States exhibit many parallels that converge in the wording of the First Amendment. In this article, we uncover some contributions of the Calvinist faith to our nation’s origins and specifically to the Religion Clauses in the Constitution: the Presbyterian document called the Westminster Confession of Faith (WCF) resonates in the First Amendment. We show that the denomination’s structure, the “biography” of the Presbyterians on this soil, and their worldview all profoundly influenced church/state relations and have application today.

The Marriage Of True Minds

Protestant views, “particularly…the ideas associated with covenant theology,”1 decisively affected our earliest American decisions. A giant who straddled both the Presbyterian and secular world, John Witherspoon, was a leader in both spheres. As president of the Presbyterian bastion that is now Princeton, Witherspoon was accused of promoting revolt from Britain, “poisoning the minds” of its students.” One of Witherspoon’s pupils was James Madison, who came to the college to learn from him personally. Witherspoon and other Reformed thinkers influenced many of the Founders—and vice versa.