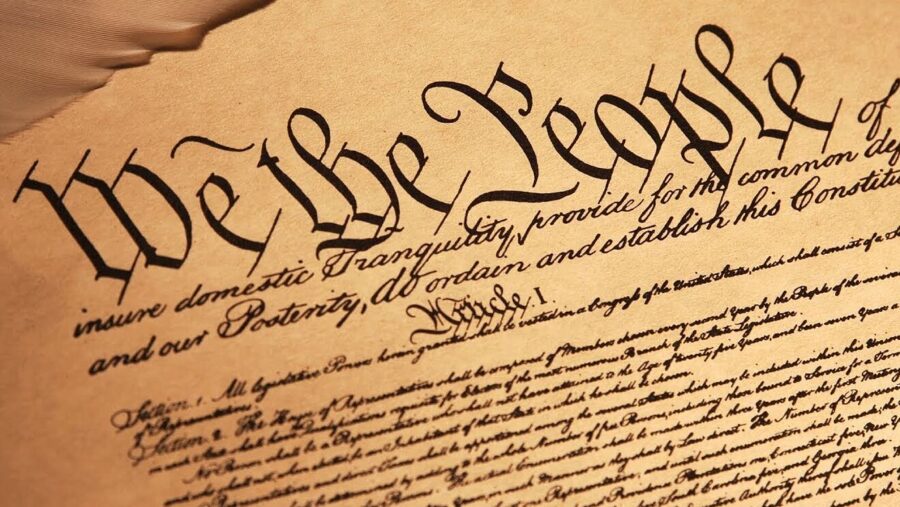 The deepest source of religious rights in the United States is the First Amendment to its Constitution, which states in two clauses that “Congress shall make no law respecting an establishment of religion, or prohibiting the free exercise thereof.” These two clauses are shown to derive from the American Westminster Confession of Faith, a connection that helps us recover the clauses’ original intention and application. Through a Golden Rule ethic, government officials and many courts are exhibiting a new protectiveness and appreciation of religion without imposing doctrine on American citizens.

On every question of construction, let us carry ourselves back to the time when the Constitution was adopted, recollect the spirit manifested in the debates, and instead of trying what meaning may be squeezed out of the text, or in-vented against it, conform to the probable one in which it was passed.

The First Amendment to the U.S. Constitution is one of the most venerable state-ments in any government document. Yet most people would be surprised to dis-cover that part of it was derived from a religious document – the Westminster Con-fession of Faith. Now is a crucial time to examine this connection, because carrying ourselves back to the amendment’s birthplace can shed light on our way forward.The Religion Clauses of the First Amendment read like a promise not to do something: “Congress shall make no law respecting an establishment of religion, or prohibiting the free exercise thereof.”Some have observed that this expression is appropriate because the Bill of Rights is “a charter of negative liberties” (Diaz 2011:3). We will see that the promise is not only to avoid establishing a religion…