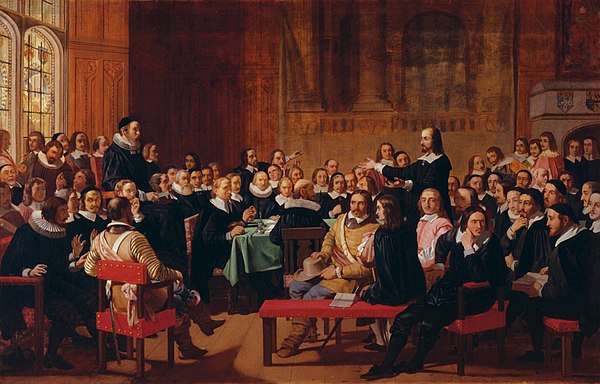 The First Amendment’s Religion Clauses: the Calvinist document that interprets them both, Journal of Religion and Society, 2010, Vol. 12

This paper suggests that the Westminster Confession of Faith’s provisions about church and state, revised in Philadelphia at the start of the Constitution’s ratifying convention, furnished much of the syntax and vocabulary for the First Amendment’s religion clauses. Recognizing the cultural links between the new American government and the Presbyterian Church, the author argues that it was natural for the founders to look to how the new Westminster Confession situated church and state. The author argues that Fisher Ames’s proposed wording for the First Amendment won immediate adoption because it resonated with the Confession, standing as it did in that culture for unity and good sense.

In May of 1787, national leaders gathered in Philadelphia to draft a new conception of
liberty, of church/state relations, and of the relationships of powers that had been unknown
to its predecessors in Britain. That document was the Westminster Confession of Faith.

In this article we first explore how the widespread acceptance of the Westminster
Confession of Faith made it familiar to almost everyone in American society – including
politicians – during the founding period. The Confession had to adapt to the rapidly
evolving American government; the First Amendment’s two religion clauses (free exercise
and no-establishment) were born simultaneously with the Confession. The two manifestos
converge in a specific paradigm of church-state harmony, and they were able to do so
because the cultural connotations of the Confession unified a badly divided Congress.