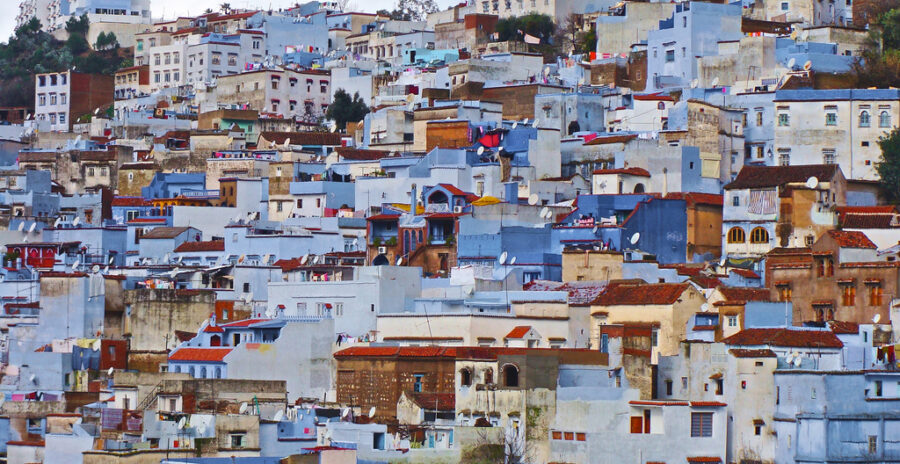 Thirty-two Moroccan Christians were surveyed about their lives in this Muslim kingdom, including their current lifestyle, church involvement, family life and aspirations for the future. Government restrictions on their freedom of speech and association as well as societal pressure to conform to Islam keep them from growing in numbers but also hold them back from volunteerism, educational and employment opportunities, planning for their own and their children’s future, and participation in building civil society. The resulting limitations on their commercial activities and social networks impede Morocco’s overall development.

In this study, 32 Moroccan Christian adult citizens were interviewed using a protocol of open-ended questions about their life under Moroccan rule.[1] Legal prohibitions, combined with Moroccan Christians’ experience of social ostracism, workplace discrimination, and government suspicion and punishment, made these interviews difficult to conduct and somewhat risky for the participants. Therefore, surnames were not required of participants, and the surveyor is remaining anonymous to ensure future freedom of movement within Morocco.

The first nine and the last three interviews were conducted orally in person by the main surveyor, from a written script, with simultaneous translation by a church member who is also a professional translator. The others were conducted orally by the translator, and the translations were sent by email to the surveyor, who occasionally asked a clarifying follow-up question where needed. The respondents included primary and secondary school teachers, a university professor, an engineer, a physician, homemakers, labourers and small business owners. Except for the last group, these livelihoods are not strongly oriented to entrepreneurship, so they may perhaps not fully portray the extent of missed opportunities for economic development by and among Moroccan Christians nationwide. According to the US Department of State, other religious minorities experience many of the same problems as do Christians,[2] but those are beyond the scope of this article.

I will show how the opportunities desired by Moroccan Christians relate to the “pathways” identified by Anthony Gill and Timothy Shah.[3] According to Gill and Shah, these pathways, or models, are elements of religious freedom that benefit secular societies as well as the religious adherents themselves. Six of these elements will be explained and applied to the survey answers gleaned: religious activity as economic activity, growth-promoting religious ideas, charitable giving, migratory magnet, networks and voluntary associations, and civic skills.

Recent estimates of the number of Christians in Morocco vary between 16,000 and 40,000.[4] One Moroccan pastor estimated that 80 percent of Moroccan Christians are Berber (or Amazigh, “free people”), who originally lived in the mountains of Morocco but are now scattered throughout the kingdom, and who were predominantly Jewish or Christian for centuries until Islam was imposed.

The religious practices of foreign residents –  probably upwards of 30,000 foreigners are living in Morocco – are accommodated. They are given more latitude, although a large deportation and property seizure of foreign nationals accused of proselytizing was carried out in March 2010.[5]

Moroccan law forbids offering “enticements” to conversion,[6] or even “shaking the faith of a Muslim.”[7] “Causing harm” to Islam can lead to imprisonment.[8] Voluntary change of religious affiliation is purportedly allowed, but in practice many converts to Christianity undergo government interrogation and surveillance, and ostracism by friends and co-workers, usually without recourse to assistance from law enforcement.[9] Although the constitution guarantees everyone the freedom to “practice his religious affairs,” usually those affairs do not include – at least for Christians – proselytizing, obtaining a marriage license, avoiding Islamic indoctrination in public school, starting Christian schools, colleges or orphanages, conducting public baptisms, naming children with Christian names,[10] or obtaining visas to leave the country.

Black African believers seem to be given more freedom than Berber or Arab converts, possibly (and ironically) due to an anti-black prejudice[11] that tends to treat sub-Saharan Africans as somewhat irrelevant to the rest of society.

|As a claimed descendant from the Prophet Muhammad, Morocco’s popular King Mohammed VI is a staunch defender of the Muslim faith. Exceptions to freedom of speech guarantees include any criticism of the king or of state institutions.[12]

Survey participants were asked, “In what ways would your church or ministry be different without state restrictions?” Nine said they would have a building for their church,[13] and six said they would like to have a place to hold large gatherings or “to welcome Muslim friends” such as a café or recreation center. Some didn’t indicate a desire for a church building specifically, but just for a place to go and “pray any time.”

Interestingly, six respondents said that their church would start a business to help support itself – an idea that Western churches rarely entertain. Several participants aspired to offer “job training” to others, and nine said that they would open a school.

Another question asked, “Would you feel more confident in developing business contacts, expanding your own business, investing in business projects, and/or being a leader in your workplace if you felt your religious views were protected?” Of the 32 respondents, 21 said yes, many of them enthusiastically. Negative responses included “I don’t do business”; “No – I feel scared to do such business”; and “When people find I am a Christian, they won’t do business with me.” One of the affirmative respondents clarified that at this time, she does business only with Christians. One said he wanted to own a small sports center for children. Such centres are fairly common in the cities of Morocco; some are nonprofit and some are for-profit businesses. These instances reveal…