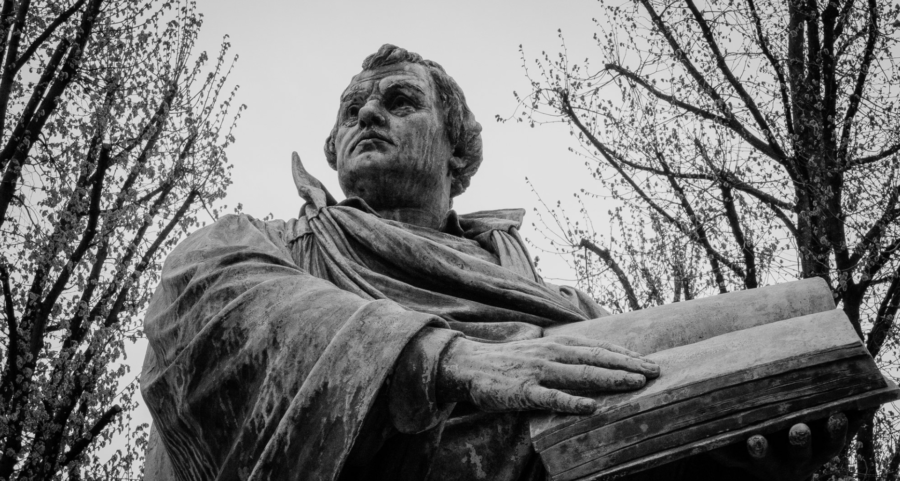 It was Reformation Sunday 2017 in Wittenberg, Germany, where Martin Luther nailed his 95 theses to the Castle Church door 500 years before. Our rather staid gathering of Presbyterians and others observing the anniversary was interrupted by wind howling at the windows. The gale was so fierce that a state of emergency was declared in Berlin.  This wasn’t the jolly gusts that had puffed at our backs as we had explored the charming village the day before. These winds, roaring down the cobbled streets, ripped up banners and sent chairs clattering away from their biergartens. Local costumed re-enactors gathered their wool capes, and hunkered down. Something bigger than even their towering hero was blowing through their town.

I realized that what swept through Germany in 1517 was not a movement of institutional reform, or nationalistic zeal, but a wind of spiritual revival. How could it not be, when many common folk were starting to hear the Word of God in their own language, and not Latin shrouded in incense? The Bible was opened to Europe and their hearts were filled like sails.

At the conference of World Reformed Fellowship, we celebrated this, and more importantly, we discussed the global impact of the Reformation today.

German philosopher Thomas Schirrmacher told us that Paul is the example of a radical violent fundamentalist who stopped targeting infidels when Christ confronted him with his sin and saved him from hatred and blame. Sola gratia, only grace, could reform a persecutor. African bishop Dr. Mwaya Kitavi called it grace alone that delivered a shaman (his mother) from her bondage to demonic devices.

Ron Man, a worship leader from Memphis, Tennessee, described how the Reformation inspired Europe to participatory worship and that only by faith (sola fide) we see Christ leading His brothers and sisters (Psalm 22) in worship of the Father. From the book of Hebrews, Ron beautifully portrayed the ministry of Jesus Christ as ongoing—not just in saving us with His blood, but singing with us in our praises and exalting our Father in our prayers. And Michael Oh, Executive Chair of the Lausanne Movement, exhorted that we must exercise our faith or else “the devil prowls around, seeking whom he may devour.”  He reminded us that even the stalwart Martin Luther was visited late one night beyond candle’s reach by such a menacing apparition that Luther threw his inkpot at the thing…