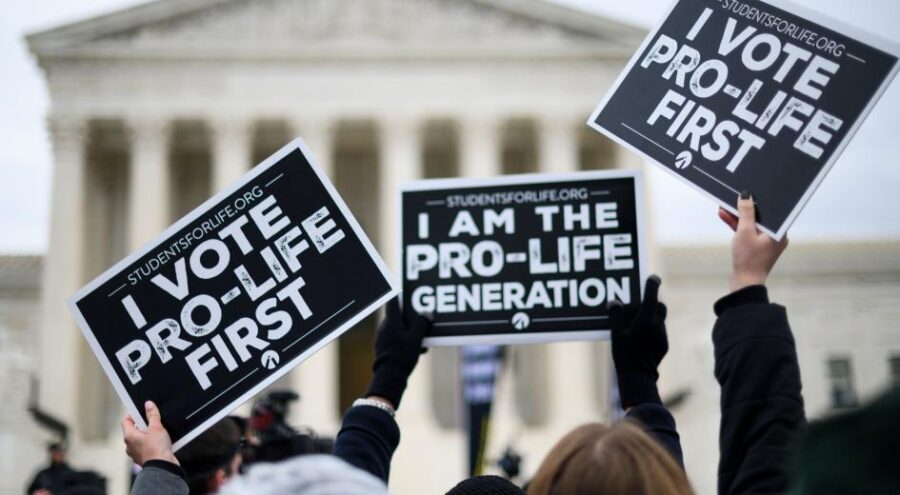 The women’s marches on January 21 held in Washington, D.C., and many other places were characterized by loud and scalding rhetoric, often seething with vitriol such as Madonna’s thoughts about bombing the White House and signs about private parts biting other people. But perhaps more troubling was the organizers’ refusal to include pro-life voices in the chorus. True, under Hurley v. Irish-American Gay, Lesbian, and Bisexual Group of Boston, Inc., the organizers are legally entitled to shape their message by limiting participants. Yet, there are three ethical problems with that exclusion. These problems exist because the female marchers are driven by their commission but have no commandment that can channel their zeal.

First, unborn children are voiceless unless others—including feminists—speak up for them. The unity principles of the march demand “a society in which women…are free and able to care for and nurture their families…in safe and healthy environments free from structural impediments.” Unborn women, including female fetuses, are not in a safe and healthy environment that is free from structural impediments when their mother is seeking abortion and the state allows it. “Women deserve to live full and healthy lives,” continue the unity principles, “free of all forms of violence against our bodies.”

The marchers’ Guiding Vision and Definition of Principles state that “no woman or mother should have to fear that her loved ones will be harmed at the hands of those sworn to protect.” But doctors and nurses are to be feared by a grandmother who knows her daughter has an unwelcome pregnancy, or a sister whose sibling is unwanted, or a young woman pressured by her parents to abort. There was no unity at the march for those women.

Second, one of the most visible feminist concepts these days is intersectionality, which mandates that we pay attention to how discrimination against one group interacts with discrimination against another group. This phenomenon, or potential phenomenon, named by Kimberlé Crenshaw, is echoed where the organizers recognize women’s intersecting identities. Talking about differences within feminism in a 2014 interview, Crenshaw said, “If the underlying assumption behind the category ‘women’ or ‘feminist’ is that we are a coalition then there have to be coalitional practices and some form of accountability.” Good coalitional practice would have allowed pro-life participants in the marches. Progressives and feminists frequently ignore or scoff at those at the intersection of “female” and, for example, “evangelical” in religion.

Third, much of the message and method of the women’s and “sister marches” shows…